Heading back to school during late August can mean adjusting to dormitory conditions, however at Hofstra University in Hempstead, New York, students have one less adjustment to make – as Hofstra has provided updated individual heating and cooling units throughout their dorm rooms, installing new Ice Air Vertical Exposed Fan Coil Units.

Hofstra’s dormitory fan coil retrofit project has been a three-year effort to replace 1,500 outdated units in six student dormitories. Timing was critical for the delivery and installation, as all work had to be commenced and completed during the short summer season, while students are off campus.

Ice Air’s New York Metro Aftermarket Distributor, Brothers Supply Corporation, was responsible for selling the initial phase of the project during 2011. Hofstra’s satisfaction with the quality of the fan coil units, as well as the support that they received, made Ice Air and Brothers Supply the natural choice for the second and third phases of the this multi-year retrofit project. The dormitory retrofit is part of an overall five-year plan that includes library and classroom upgrades, which will be forthcoming opportunities.

The job was originally specified using Fan Coils from other manufacturers – Ice Air was not yet on Hofstra’s radar as a supplier. However, Brothers Supply worked with Hofstra’s staff to conduct a value analysis using Ice Air equipment compared to other leading manufacturers, including McQuay, Trane, Carrier and International Environmental. Thirty days of testing took place just six weeks before installation, with stringent criteria including sound levels, cooling and heating performance, sheet metal gauge, durability, dimensional conformance and unit serviceability.

The following year, budget concerns at Hofstra required them to reduce labor costs, so Brothers developed a creative solution to arrange for Ice Air to pre-install the unit piping kits prior to equipment delivery. Ice Air also customized the sheet metal enclosure by laser-cutting a window to allow the piping to go directly from the supply/return lines to the fan coil itself.

“Few manufacturers would be lining up to do that sort of custom work, but Ice Air’s Made2Measure capabilities really set us apart,” said Esposito. “Having the windows pre-cut greatly reduced installation time, which saved a signifi cant amount of money for my customer.”

By working closely with Hofstra, Brothers and Ice Air created a “win” situation for all concerned – the students and University staff both are pleased with the ease of use of the units and how the new heating and cooling system has improved the dorms’ comfort levels tremendously. They sure have made coming back to school in August a much cooler process for everyone. 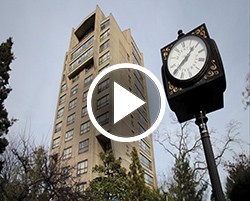